For my last SVS subwoofer review, I decided to change things up and test the ported PB-3000 instead of the SB-3000 and highly enjoyed it. But it seems most people reviewed the SB-3000 and the reviews for it were overwhelmingly positive. As someone who is very interested in compact but high-performance subs, that made me very interested in what SVS was doing with a smaller form factor. So when SVS announced the update to the 2000-Series, and the sealed version came in at such a compact size, I asked to listen to the SB-2000 Pro and see how it would perform in my 11’x13’ listening room.

The SB-2000 Pro is a sealed, 12” subwoofer with a 550 watt amplifier. It’s by far the most compact subwoofer I’ve ever reviewed, as the shipped weight comes in at just over 47 pounds. Usually when I get something from SVS delivered I have to use a furniture dolly to move it around, but carrying the SB-2000 Pro into my office/theater room was easy enough to do solo. Unboxing the SVS SB-2000 Pro only takes a few minutes, and SVS labels the box flaps so you can do it easily without risking any damage to the subwoofer. Unpacked without the grill on, the SVS is just about 15” in every dimension and mine is finished in a glossy piano black.

With a small footprint, the SB-2000 Pro is a sub I could easily hide in the living room without it attracting attention. Because of this compact size, I do wish that SVS offered it in some non-black finishes, perhaps a white or even a natural wood, where it can better blend in to a non-theater environment. As with all recent SVS subwoofers, you can use the SVS app here to adjust the settings of the SB-2000 Pro, including a 3-band parametric equalizer, crossover volume, polarity, and phase. This makes it easier to set up as you can adjust these from your listening position with test tones instead of needing to move around the room to get them dialed in.

For testing, I used the SVS SB-2000 Pro with my KEF In-Wall THX Reference speakers and a Denon AVR-X3600H receiver and used the Audyssey XT32 room calibration before listening. 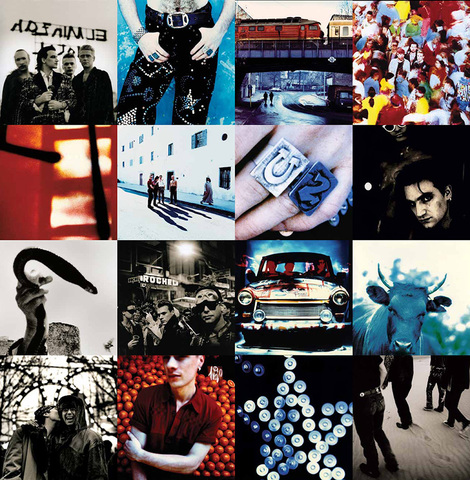 U2 – Achtung Baby. On my last SVS review, their PR gave me some feedback that I was using a lot of classic tracks and nothing too new, so I decided to dip even further back for this one. My favorite U2 album is Achtung Baby, though I hadn’t listened to it in a long time so I queued up “One” to see how it sounded. Listening on my system, the drum and bass offers more impact than I’ve heard before. I’ve listened to this song hundreds of times, but not since I got these KEF speakers, and it was like listening to the album for the first time. There is so much more detail here and so much more to the soundstage than I can ever recall, and the SB-2000 Pro provides me that lower octave output that I need. When I moved onto “Mysterious Ways” the bass is a bit more one-note because that’s how the track sounds, but the room still comes alive from the SB-2000 Pro when needed. This is exactly what I expected from the SB-2000 Pro in that it enhances my speakers with music, letting the drum and bass fill the room instead of rolling off, but without making it sound like you cranked up the bass on a boombox. 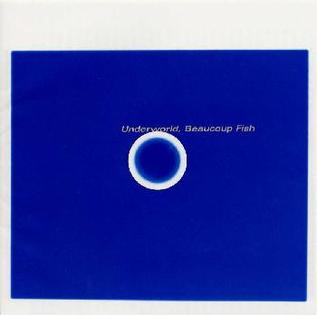 Underworld – Beaucoup Fish. All this bass is completely synthetic, so the SVS SB-2000 Pro can’t sound natural but it can sound clean and defined. If I switch my receiver to Pure Direct, so the KEFs are just playing in full range stereo and it ignores the subwoofer, the whole bottom octaves of the sound fall out and the music loses all of its impact. I’m not a huge electronic music listener, but I can’t imagine listening to it without a subwoofer if I was. You lose so much even with full range front speakers, and the SB-2000 Pro blends that bass in with my speakers very well. It’s just so tiny and impactless when playing in Direct mode instead of Stereo. 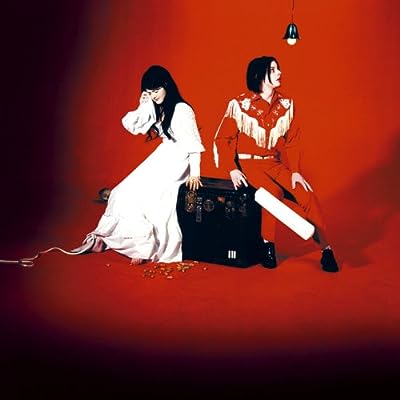 White Stripes – Elephant. In the opening chords of Seven Nation Army, you can hear the transition as the notes move from the speakers to the subwoofer. They move from being directional, since they’re higher in pitch, to just occuring in the room, but the tenor of the note doesn’t change. I’m crossing over the speakers to the subwoofer at 80Hz, the THX recommendation, so it’s only the final note that does this. Despite my worries that these notes would sound very different as they move between two completely different speakers, if I wasn’t paying such close attention to it I never would have noticed. This is what I’m after with a subwoofer like the SB-2000 Pro: It’s making my speakers sound bigger than they are, but it doesn’t sound like there’s another box in the room.

Spider-Man: Into the Spider-Verse. This film opens with plenty of bass at the start. With the SB-2000 Pro I don’t feel like anything was missing, and my kids could easily feel the vibration in the living room. Switching the SB-2000 Pro on and off makes the music shrink in scope, and mazes the opening of the film sound completely different.

Edge of Tomorrow. The opening sequence of this film is where the size of the SB-2000 Pro starts to come into play. With only a 12” driver, it just can’t quite do those lower notes at the start. The tones push even the largest subwoofers to their limit, as they dig deep and will rattle any room. The SB-2000 Pro is friendly about it and doesn’t just bottom out and distort like crazy, instead it almost looks at the tone, says “I just can’t do that”, and moves on. Personally, I’d rather have a subwoofer that doesn’t distort like crazy trying to play a note it can’t physically do, so I’m OK with how the SB-2000 Pro handles this scene. But this is a case where one of the larger sealed subs from SVS would make an impact you would be able to notice.

Godzilla: King of the Monsters. Lots of deep, low rumble opens the movie and then it pretty much continues for the whole time. and the SVS SB-2000 Pro does quite a good job of keeping up with it.

Mission Impossible: Fallout. The SVS SB-2000 Pro does a superb job of filling in the lower octaves in the soundtrack. It isn’t just big, flashy explosions or huge monsters, but also filling in the overall sound range. Once the theme music kicks in, it’s big and full and the SB-2000 Pro is fast and detailed. It handles the lightning storm fine, but not as deep or impactful as the larger subs. So while the SB-2000 Pro is good it has its limits.

I’m quite impressed with how much bass the little SB-2000 Pro can put out. For only $800 you get a compact but fully capable sub that handles music with aplomb, and aside from those sub-30Hz notes can keep up with movie soundtracks as well. The one thing it can’t do is break the laws of physics, so movie soundtracks with ultra deep bass are going to skip over some of those impactful notes that larger subs can manage. But to get those notes you’re going to need a sub that is physically much larger and will stand out in the room you put it in.

If I wanted a subwoofer mainly for music, and would be doing some home theater listening, or I lived in an apartment where neighbors are a real concern, I’d put the SVS SB-2000 Pro near the top of my list. It integrates well with my speakers, it’s small and easy to hide, and it sounds fantastic. If I wanted a bit more impact with movies, then the SB-3000 is only around an inch larger in each dimension (though slightly over 30% larger in overall volume), packs 50% more wattage into the amp, and is going to deliver more of that movie impact in a similar size. You can go even bigger from SVS, of course, but the next step up in the SB-4000 is over twice the volume of the SB-2000 Pro so we are no longer in compact sub territory.

If you can’t tell, I was very impressed with the performance of the SB-2000 Pro. In the next couple of years when I move my main theater from a dedicated room into a more normal living room, I’m quite likely to look for a pair of subs like it or the SB-3000 to handle the bass duties without dominating the room. Maybe by then SVS can offer a nice maple or walnut veneer in addition to the blacks.